Sixteen years old, Zarin Wadia is an orphan being raised by her aunt and uncle. She’s the true definition of a troubled child partly because of the abuse she’s suffering from her aunt. She rebels against every form of authority both at home and at school. Zarin finds the restrictive culture prevalent in Saudi Arabia very claustrophobic and uses every opportunity to act out.

The book starts with the two main characters, Zarin and Porus already dead then goes back and tells the story of how it all came to be so as I read the book. It wasn’t an easy read for me but it was quite worthwhile. It comes with a lot of side characters also told from their POVs so one has to be alert not to miss anything in reading. Having had the opportunity to live in Saudi for some years, I had to read this and also some reviews on Goodreads described it as being stereotypical. Don’t think it was but to each his own.

“The trouble with rumors was that they had the tendency to stick. To coat over your logic like tea stains on teeth. What was even more troublesome was that there had been times in the past when they turned out to be accurate”.

“Sometimes life does not go the way we want it to and we can’t really change that. But it doesn’t matter as long as we have someone to love us. Love is more important than anything else in this world”.

Really had to read this book mostly set in Jeddah, Saudi Arabia. As one who had lived in Saudi for many years, I was eager to see how life in the restricted country was portrayed. I got a lot of the unspoken references but still found some things in the narratives difficult to accept. I highly recommend this book.

Vale McKinley and boyfriend, Crawford are involved in a car accident on the night of their high school graduation. She meets Slade Allen when keeping vigil at the hospital who also was visiting the storm uncle dying from cancer. The uneasy friendship continues when they meet again in college.

“Our story isn’t an easy one. The charmed life we had great up with was pulled away from us so quickly we didn’t have time to prepare for it.”

Read a couple of books by the author and was thrilled to pick this up. I almost DNF’d this book as it was slow going and there was so much inner monologue by Vale. I was completely taken aback by the twist towards the ending as it made no sense at all. Because it came very much later it was rushed and not completely developed. 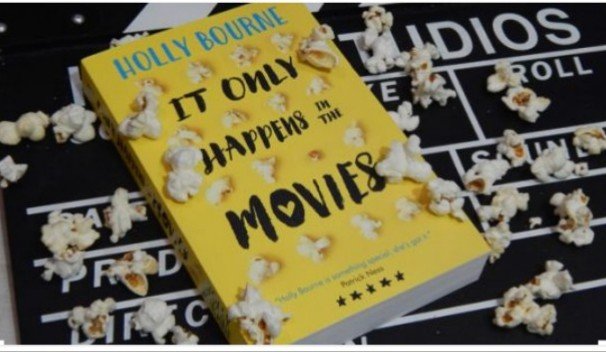 It Only Happens In the Movies
Author: Holly Bourne
Published: 2017
Pages:416
Rating: 5/5stars

Audrey is so disillusioned with love because of her parents divorced. She meets Harry at the cinema where she got a job to get out of the house. She falls in love with him fast. Harry is into weed smoking and other drugs with his friends while they are trying to shoot a movie. But the road of this love between Audrey and Harry is quite long and bumpy and doesn’t end with the boy having the girl.

“The only love affair I needed to invest in right now was one with myself. Spend some time with me. Figuring out myself and why I picked the relationships I did. I was holding out my heart to me. Because I’d realized I was the only person who could give me a happily-ever-after”.

I’m totally crushing on this author right now. Going to read more of her books. I absolutely love this story because it as so realistic about love and relationships. Looking for a good read, go for this.

“Love isn’t just a feeling. Love is a choice too. And you may not be able to help your”.

Theodore Finch is fascinated by death constantly thinking of ways to commit suicide. Violet Markey cannot wait for high school to end so she can flee her small town in Indiana and her grief from her sister’s recent death. Finch and Violet become acquainted in the school’s bell tower where the two of them were contemplating jumping off. Finch forgets his own travails and talks Violet down from the tower. They pair themselves in a school project of discovering the natural wonders of Indiana.

It’s my experience that people are a lot more sympathetic if they can see you hurting and for the millionth time in my life I wish for measles or smallpox or some other easily understood disease just to make it easier on me and also on them”.

This novels duels more on a boy with mental issues whose daily thoughts are all about the different ways to kill himself. The parents are not necessarily involved and because the father has a new family, the mother is disintegrating and is blind to everything around her. Suicide has been on the forefront of discourse recently and I see the timeliness of the book. It sure didn’t end well. 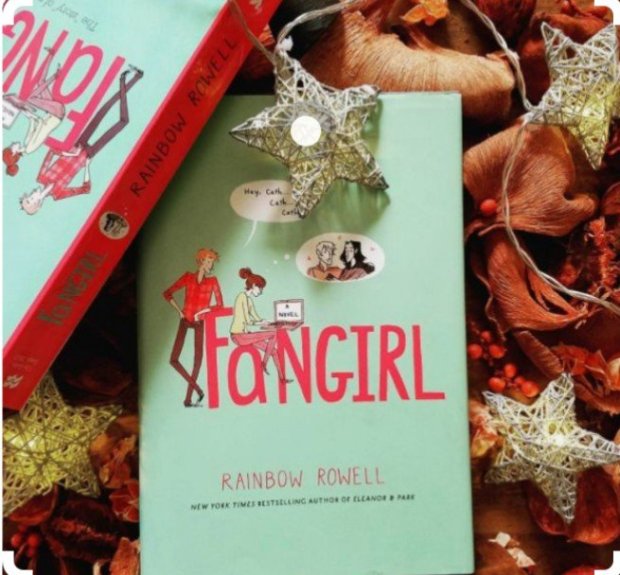 Cath and Wren are twins heading to college and who are total opposites of each other. Wren is outgoing, party loving, make friends easily while Cath is socially incompetent. She is terrified of interactions with other students even with her roommate. She even stocks up on protein bars so she wouldn’t have to face the terrifying, monstrous, menacing dining hall filled with strangers.

“Even with the room to herself Cath didn’t feel safe changing in her room. Cath took her clothes to the bathroom and changed in a stall.”

There was so much hype about this here book that I had to read as it has been on my TBR for so long. All I can say is that it was disappointing. Maybe it would have been enjoyable without the Simon and Baz snippets which had nothing to do with the book.

So this was my YA reads for the month amongst others. So what are your favorite genres to read and have you tried reading other genres recently?

Hi, My name is Victoria . Welcome to my blog where i'll be talking about relationships, women emotional issues a little bit of feminism, travel and music thrown in.